I love fall, Halloween, and Thanksgiving. It’s just the best time of year in New England with the best weather, the best food, and so much seasonal character. While I’ve only had the opportunity to go twice, the Jack-O-Lantern Spectacular at Roger Williams Park Zoo is one of my favorite new traditions.

For those of you that don’t know, the Roger Williams Park Zoo puts on an incredible display of thousands of pumpkins every year right inside the zoo area. The pumpkins range from the plain crudely carved Jack-o-lantern to the intricate masterpieces depicting scenes or portraits focused on the theme that year. The first time I went, the theme was Countries All Over the World, so walking through the displays was like quickly visiting numerous pumpkin-countries. This year, the theme was “Pumpkinville USA,” which was basically a trip through the different states in the U.S.

The majority of this post is primarily photos because there isn’t a lot I can say that would do the experience justice. If you haven’t gone this season, make sure to check out the pumpkins this year.

Atmosphere
Heading into the Jack-O-Lantern Spectacular, the first thing I heard was Michael Jackson’s “Thriller” emanating from the sound system. The park was off to a good start! The music at the entrance alternated between Thriller and the theme song to the movie Gremlins. That took me back in time quite a bit as well. I enjoyed it thoroughly, but I can only imagine that the employees of the park must have been going insane hearing those two songs on a loop no matter how awesome they are.

Inside the zoo and pumpkin area, there isn’t much light at all except for what emanates from the glowing pumpkins. It’s eerie, but only in the best (dare I say, “romantic?”) fall way. As we walked through the displays, each state had it’s own sound system with its own state-oriented music playing. In some spots, I just stopped so I could listen to some of the songs. I confess that a friendly employee totally caught me quietly singing along and said, “I love seeing where the people stop to enjoy the music!”

One of my favorite parts of the stroll through the Jack-O-Lantern displays was an area I dubbed, “Club Pumpkin.” Basically, there was a fog machine, techno music, some creepy mechanical laughter, and pumpkins shooting way up into the sky over curving over the path. It made for an impressive sight and a great way to end the walk through the zoo.

Food
There isn’t much food at the Jack-O-Lantern Spectacular, however you can get your hands on carnival-style snack like churros, roasted nuts, kettle corn, and dough boys. 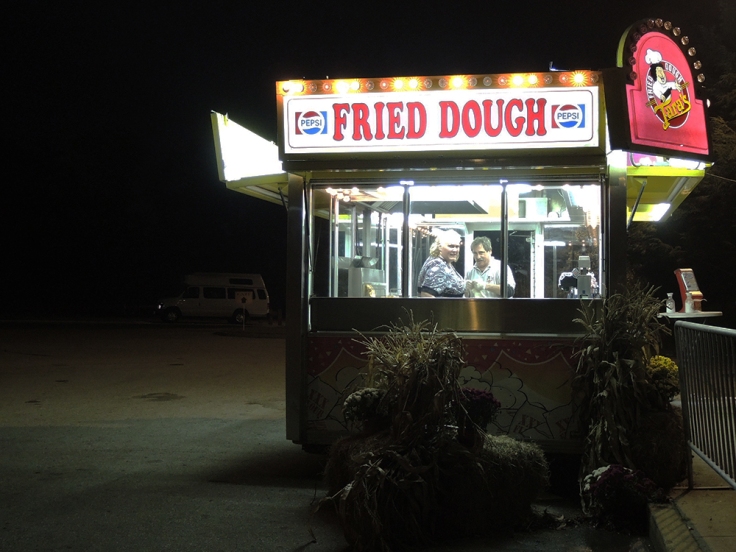 They also have seasonal Pumpkin beer supplied by John Harvard’s Union Station Brewery for sale. I’ll tell you right now that the beer is a rip off at $6 because it comes in a small plastic cup rimmed with cinnamon and sugar. Additionally, if the employee has no clue how to pour a beer, you can end up standing there for a very long time, only to get a sticky, foam-filled cup with most of the spice rim washed off. The beer itself was pretty good with all of the right pumpkin pie spice notes, but I guess the point is that while it’s fun to have a beer as you walk, enjoy the scenery and skip the beer if there’s a line. 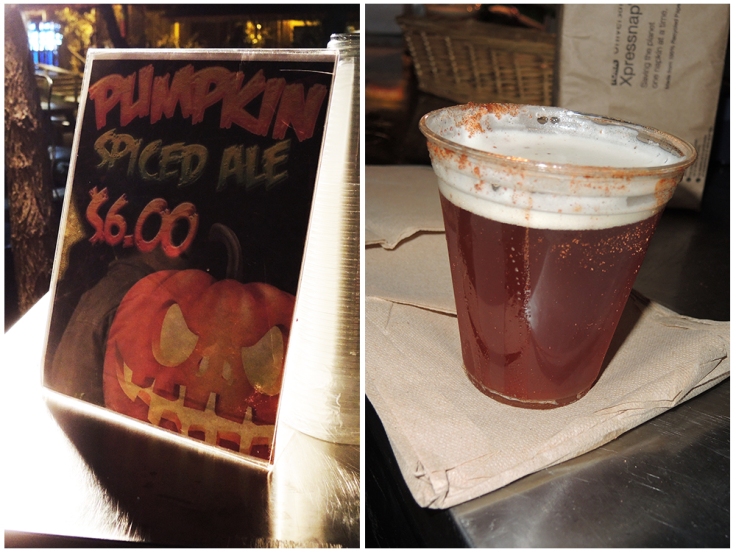 Pumpkins!
Obviously, the Pumpkins are why people come every night during the season. Check out the photos below for just some of the incredible works of art we saw. 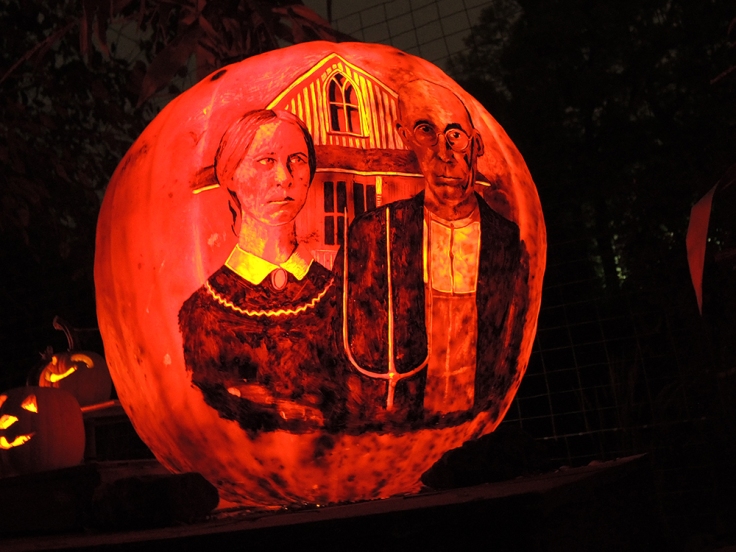 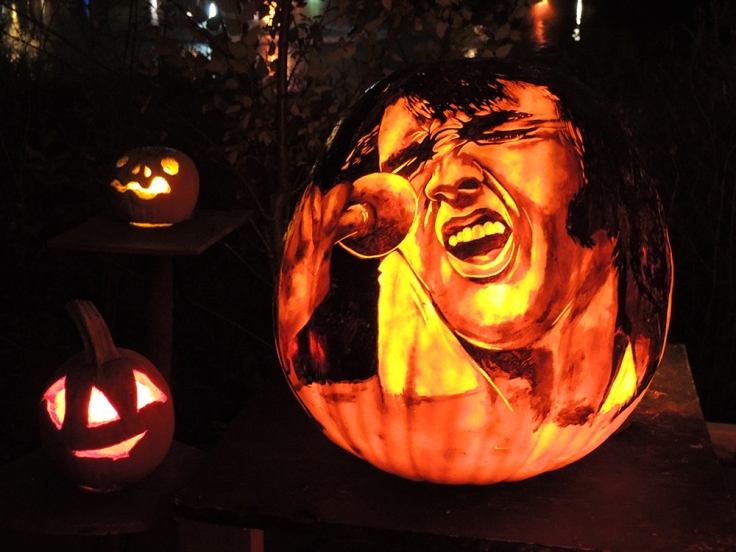 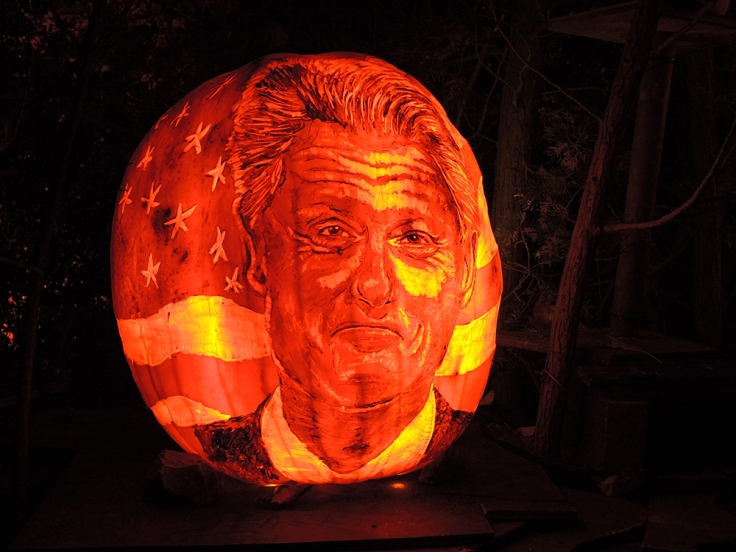 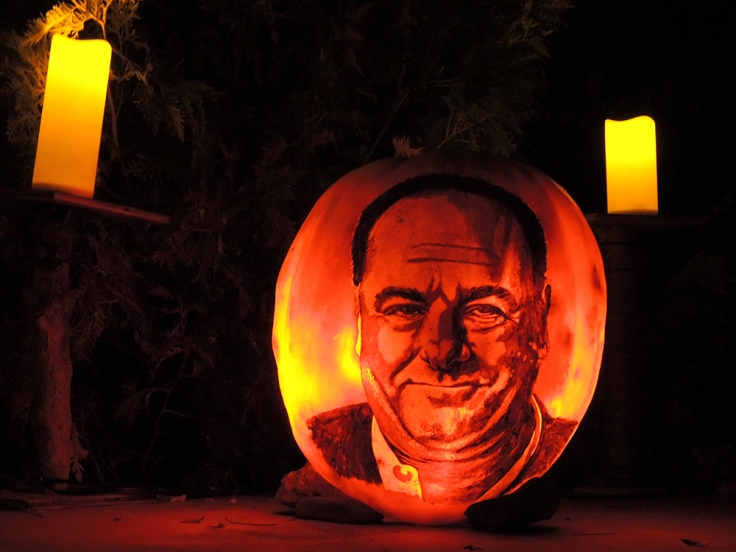 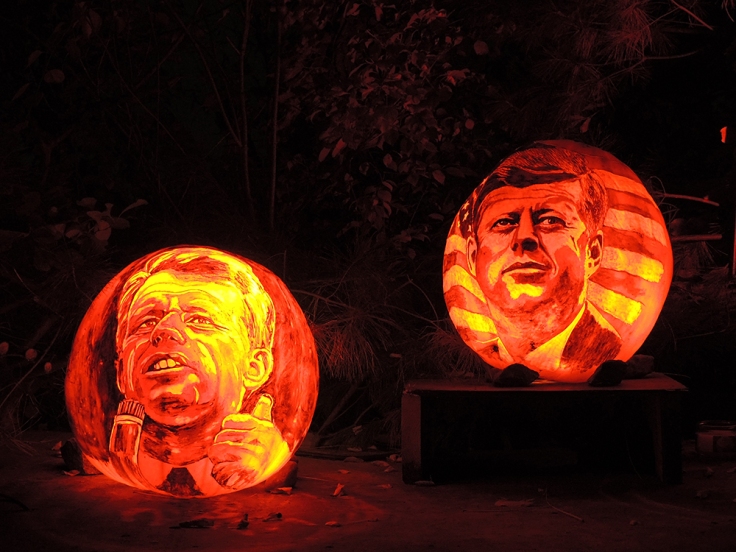 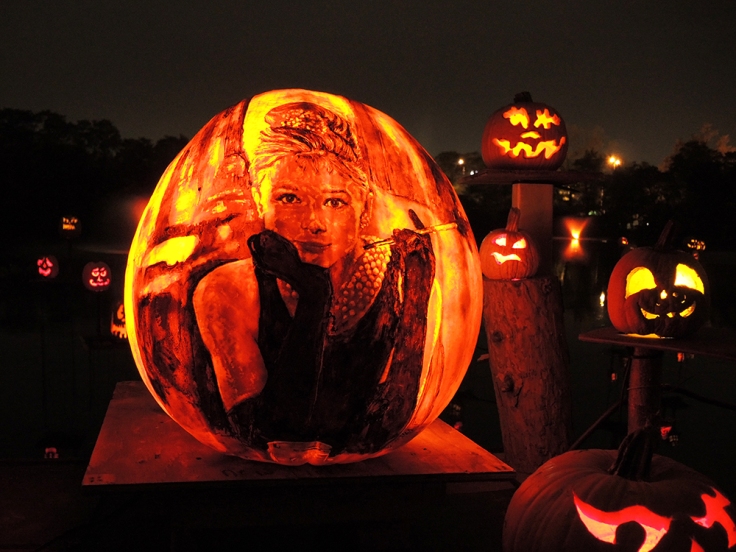 A tribute to the Boston Marathon after the tragedy this year.

Join 2,265 other followers
Follow Home Is A Kitchen on WordPress.com