Beef stew is one of those dishes that just begs to be eaten when it’s cold out or when you’re around a campfire. It’s rich, comforting, and filling all at the same time. Most of the time people use pre-cut stew beef to make beef stew, because, well, it’s cheap and it’s called “stew beef” after all. Nonetheless, other cuts of meat can be used that can add great flavor as well as a different flavor profile to an otherwise traditionally familiar dish. The short ribs require a lot of simmering to tenderize them and while that happens the bones add a rich flavor to the stew. This decadent cut of meat turns this classic meal into something a little fancier, but without any more effort than usual. 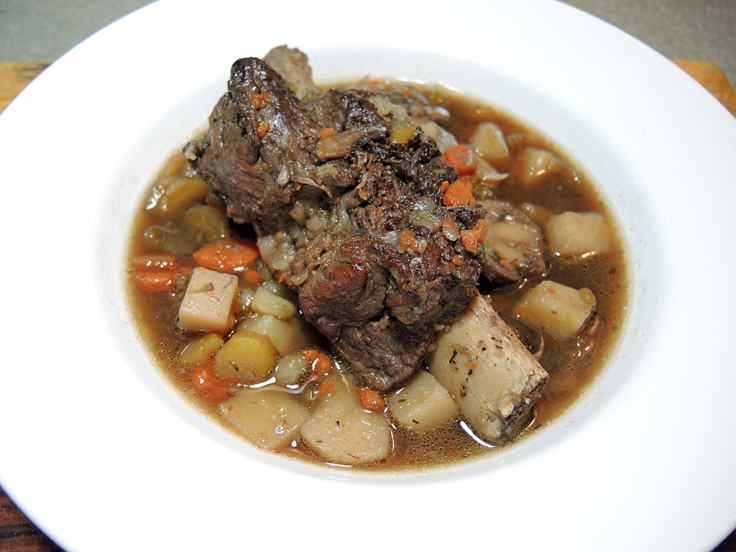 The best part of this recipe next to the taste is that you can also make it in a slow cooker just by browning the meat and throwing all of the ingredients together into the pot for 6 to 8 hours on low heat. If you’re in a hurry, however, it can also be made on the stove very easily using the following recipe.

Makes 4 servings at roughly 519 calories each